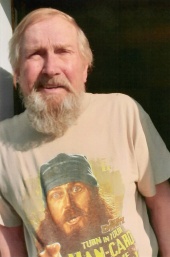 The family of Edward Cashaback, with great sorrow in our hearts, are heartbroken to announce the passing of Edward on Wednesday, January 18, 1923.

Edward leaves behind his beloved partner Alice Pesklevy of 28 years, his sister Helen McWhirter (Cochrane) along with his son William (Barrie).

He was predeceased by his parents Leo and Frances Cashaback, brother Mike, John, Ambrose and Walter as well as his daughter Laura.

Ed was a fire fighter at various levels of his career from Sept. 1962 in Moosonee and ending in Base Borden in Barrie until May 31, 1995. His career was filled with many memories and his friendships carried until his passing.

Ed was a lover of life who thoroughly enjoyed the outdoors, particularly hunting, fishing and blueberry picking with Alice in the fall. He always looked forward to his southern buddies coming up and sharing their camp experiences with him. He would often watch over these camps during their absences and as everyone who knew him he would take advantage of this as he loved to get out and drive somewhere.

No funeral service will be held at this time and we will hold a Ceremony of Life some time later in the when we can get outside. This is something Ed would truly appreciate.

Life is neither short nor long. It just is. And this is how Ed proceeded his entire life.

May he have everlasting peace.

Ed was thee first friend I made, after my family moved from Hanna Twnship into Cochrane! We shared & made up our own games! Ed & I where racing around the swimming hole, before our first swimming lesson , when suddenly he saw me make a swan dive into one foot of water! Notifying my sister, Carla of my dilemma - I was saved! Your in God's Hands now! Rest my friend! - Eric Christiansen