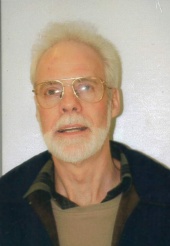 Grant was born in Port Perry, Ontario to the late Leslie and Grace (née Vickery) Beacock on October 14, 1946.

Grant is survived by his companion, Jean Roach; his son Ryan Beacock; his brothers Bryan and Donald (BettyLou) and his nephews Philip, Lee, Blair and Craig.

Donations in Grant’s memory may be made by cheque and mailed directly to the Canadian National Institute for the Blind (1929 Bayview Avenue, Toronto, Ontario M4G 3E8).

Terrible sorry to hear about your loss Jean
Prayers and Peace for you Jean, and your family during your time of grief.
AN old school chum, Jane

Don and Bryan, and families,

Our deepest sympathy on the passing of your loved brother and uncle!
RIP Grant, you have earned your eternal rest!
Sincerely, Joan and Wayne Hartwick

So sorry for your loss.

My deepest condolences to all family.
Sincerely
Linda Arbuckle