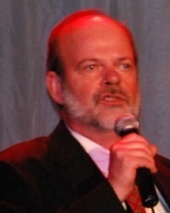 Mark Michael Baldwin was born in Cincinnati, Ohio in 1951 to Arthur and Helen (nee Collins) Baldwin. Early on, it became clear that he had inherited his father’s musical talent. As a teenager, he played trumpet in a popular musical ensemble. After high school, he studied music at the University of Cincinnati and then went on to complete a master’s degree in music at the University of Toronto in 1975. Eventually, he returned to school to study engineering technology and spent several years working in various aspects of television and broadcasting in Ohio, Pennsylvania and California.

In 2004 he left California to begin a new phase of his life in northern Ontario. He continued his interest in music here by becoming involved with the Temiskaming Festival of Music, the Catscan Choir, and the Overtones.

He is survived by his wife, Mary, her sons Gerald (Heather) and Christopher (Nadia), and their children. He also leaves behind his beloved tortoiseshell cat, Sweetie.

A small family service for Mark will take place in the spring in Thessalon. Donations in Mark’s memory may be made to St. Andrew’s Presbyterian Church in New Liskeard, the Temiskaming Festival of Music, or the Canadian Bible Society.

Our deepest sympathies, my prayers are with you at this time .

So sorry for your loss Mary. May you be surrounded by love and prayers . Condolences to Christopher, Gerald and families.

I am so sorry to hear of Mark’s passing. I’ve thought about him often, and how much he contributed to the music festival committee and the music in our community. He will be missed. My deepest condolences.