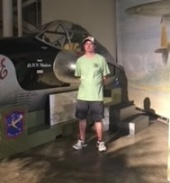 With heavy hearts we announce the peaceful passing of David 'Davey' William James McInall on July 23, 2022, following a brief battle with lung cancer.

David will be forever remembered by his mother Kathy, his sisters Heather Soucie(Ryan) and Shannon, his nephew Darien, his nieces Alexandra, Jasmyn and Kassidy, and many cousins, aunts, uncles, and friends.

David was predeceased by his father David Sr. only a short year ago.

David was born in Haileybury, Ontario on May 19, 1976. He lived in New Liskeard and as a young man left to strike out on his own, to no surprise of his family as he was always independent and liked to do things his own way . He would visit when he could and while he often called New Liskeard home, he always made the long drive back to where he also called home, near the shores of Lake Huron. Eventually the pull to stay in the North became strong enough and he truly called New Liskeard home once again. His calling was building things whether it be his many plastic model cars, his beloved P-38 Lightning or countless LEGO sets.

In keeping with David's wishes, cremation has taken place. A celebration of life will take place at a later date.

Memorial donations may be made in David's name to the Salvation Army Temiskaming Community Church.

We would like to send a special thank you to Dr. Colleen Davis, Dr. Pat Logan, HSN and the many nurses at Temiskaming hospital for their care and compassion during this difficult time.

We are so sorry for the loss of your son. We extend our heartfelt condolences to you and all
of your family.
Sincerely,
Bob and Linda

To Kathy, Heather and Shannon.

Our sincere condolences on hearing of David Jr's passing. Our thoughts are with you.
Sue & Al Dubois

I am so sorry to learn of Dave's passing. Such a nice young man and way too young to die. May he rest in peace.